So I had a training in St. John’s last week and of course my one and only stop was Chapters! I picked up a few new releases that I’ve been wanting to read! As well as some sequels. I also got the chance to meet the author of a local book, which was pretty cool!

I have been DYING to reading this book (haha, sorry, bad pun). I’ve started reading this already and it is so perfect. Exactly what you’d want in a witch filled, undead, young adult! Wiccan teen, Mila loses her bestfriend Riley in an apparent suicide pact that involves two other girls who are considered “popular”. Mila, refusing to believe that her best friend would so something this drastic without telling her, or giving at least some indication decides to do what any logical Wiccan teen would do, bring Riley back from the dead. Unfortunately for Mila, mean girls June and Dayton also return to the land of the living.

Another one of my most anticipated New Releases. Again, a bit of a spooky read. Neverworld Wake is centred around a group of friends who go to a cabin, only to find out that they are now in a place called the “Neverworld Wake”. This is essentially a form of purgatory, except they all must choose only ONE person to get out, and live. Can not wait to get to this one!! 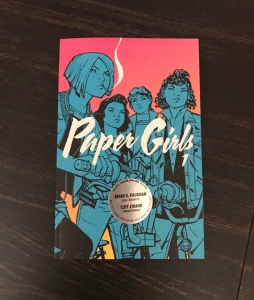 So I’ve already sped through this! LOVED IT. The art work is gorgeous and the story is awesome. Papergirls is about a group of newspaper delivery girls in the 1980s. Somehow they get stuck in a sort of weird time travel episode. It’s different, and awesome, and I really enjoyed it! 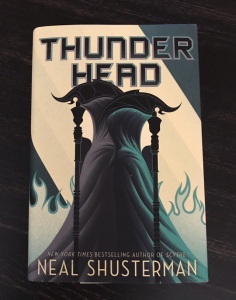 This is the second book in the “Scythe” series by Neal Shusterman. If you haven’t read Scythe, WHAT ARE YOU DOING WITH YOUR LIFE?! This series is everything dystopian has been missing over the last few years. I’m not entirely certain of the plot line for Thunderhead, but that being said, it can only add to the Scythe story line and I CAN’T WAIT!

THE BODY BY STEPHEN KING

I love that some of King’s short stories are available to buy now separtely. I own the Novella collection with The Body in it, but having the smaller individual copy is awesome. Can’t wait to dig in!!

So obviously I’ve been reading the Darkest Minds series lately. Somehow when I made the order from Indigo for the rest of the books Never Fade was “out of stock”, so obviously I had to get this on my trip! I now have the entire set of these beautiful covers. Really cool how, when all lined up they spell “DARK”.

GROWING UP NEXT TO THE MENTAL BY BRIAN CALLAHAN

Growing up Next to The Mental, is a debut novel from local author, Brian Callahan. It centers a lot around his childhood and growing up next to the local psychiatric hospital, officially known as the Waterford, however years ago here in Newfoundland it was simply known as “The Mental”. Brian speaks about his experience finding a dead body behind his home in the Waterford river, an apparent suicide, and many other things. I was lucky enough to actually meet Brian. While I was at Chapters he was there for the launch of his book. I got to speak with him, and he also signed my copy of the book. I love supporting local authors, and cannot wait to get to this one!

OTHER BROKEN THINGS BY C. DESIR 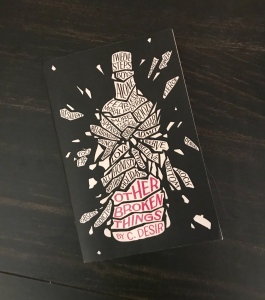 So I recieved some of my Book Outlet haul today! I love Book Outlet so much. They’re draining my bank account, yes, but I love them anyways. Other Broken Things is a book that simply caught my eye while browsing, while I’m not quite sure of it’s synopsis, it has pretty good ratings on Good Reads, so I’m up for it!

LONG WAY DOWN BY JASON REYNOLDS 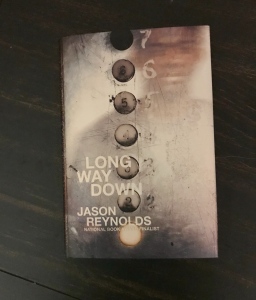 Aaaaand here we have my entire reason for the Book Outlet haul this time. I simply could not pass this book up. I’ve been wanting to read it forever now, and when I seen it on Book Outlet there was no questions, I was having it. SUPER FREAKIN EXCITED.

SURVIVE THE NIGHT BY DANIELLE VEGA

Ah, Book Outlet’s “scratch and dent” beauties. I didn’t realize that this was one of those, so I was sort of bummed with the cover. By for $3? Whatever. I should pay attention to whether it’s Bargain of Scratch and dent maybe lol. Anyways, looking forward to this spooky read. I also have the first book in The Merciless series on the way (also from Book Outlet, I have issues) so I figured I’d give Danielle Vega a shot.

Have you read any of the titles I’ve picked up in recent weeks? Let me know your thoughts on these new reads.

Sound off in the comments below!